Ethan was having a hard time holding his tongue.  He’d been holding it for about 20 years already and he knew if he started speaking his mind things would go to shit quickly.  He took an angry drag from his cigarette instead and slowly exhaled.  Rather than looking at his father as he continued his tirade, about how he was wasting his life and would never amount to anything, he focused on his reflection in the hallway mirror.  He was looking kind of haggard and could definitely use a shave.  He didn’t need to listen as he’d heard it all before and his art was not a waste of time no matter what the old man thought.

If he could just maintain his poise and deal with his thoughts alone he knew he could wait this out.  “Alone,” Ethan thought, “well that’s the rub isn’t it?  I’ve always been alone.” Growing up with no mother and a negligent father had made sure of that.  His father had never had time for him, never taken an interest really until now that he was softly knocking on death’s door.  Ethan knew that as an only child, he was set to inherit everything if he could just keep his damn mouth shut.

Not that he cared about the grand old house or the fancy cars… he would sell those off.  He just wanted the funds so that he could finally really search for her.  If he could only find her, he was sure she could untangle at least some of the lies he had been fed his entire life.  He had never met his Aunt Katrina but he was sure she could tell him the truth about his mother.  He had quietly been searching for her, with his limited resources, without his father finding out but so far there were no traces of her.  Ethan had to know what happened, it was imponderable to him that his mother had simply left him there and never looked back.

He had been so lost in thought that he didn’t even realize that his father had come to an end of his scintillating monologue and was impatiently awaiting a response until he heard, “Ethan!” “You worthless shit, I asked you a question, have you even been listening?”  Ethan looked at his father blankly and lit another cigarette. 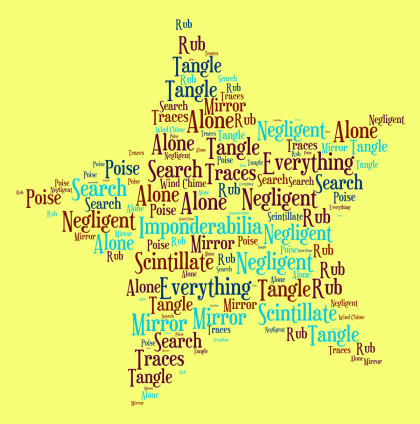