This is what our culture thinks of women…our culture ALLOWS this to happen…it’s built into the system.

I implore you all to read this. It is sad, ridiculous, sickening and infuriating that this is the reality we live in. In America! In 2015!

Attn: MEN reading this… Yes, there are good guys out there…if you are one of them, please take this to heart. No real change can take place without your help. 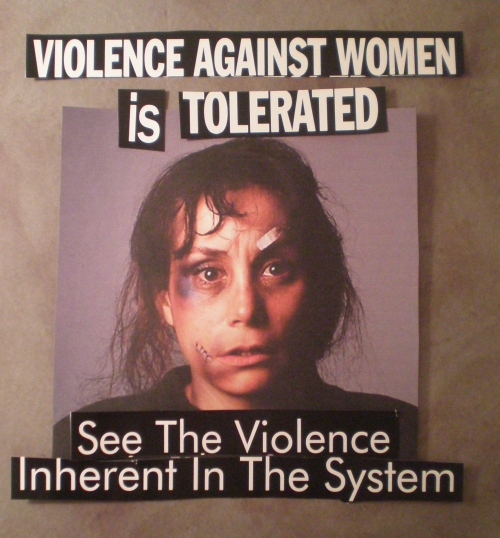 *  According to the U.S. Surgeon General, domestic violence is the leading cause of injury to women in the United States.

*  The U.S. Department of Justice estimates that 95% of the victims of domestic violence are women.

*  A WOMAN IS BEATEN EVERY 15 SECONDS IN THE UNITED STATES (Bureau of Justice Statistics, Report to the nation on Crime and Justice.  The Data.  Washing DC Offic of Justice Program, US Dept. of Justice, Oct 1983)

*  35% of all emergency room calls are a result of domestic violence.

*  Of those who abuse their partner, well over 65% also physically and/or sexually abuse the children.

*  Each day…3 children die as a result of abuse.

Filed under People/Causes I believe In, reblog

8 responses to “This is what our culture thinks of women…our culture ALLOWS this to happen…it’s built into the system.”

a place to smile